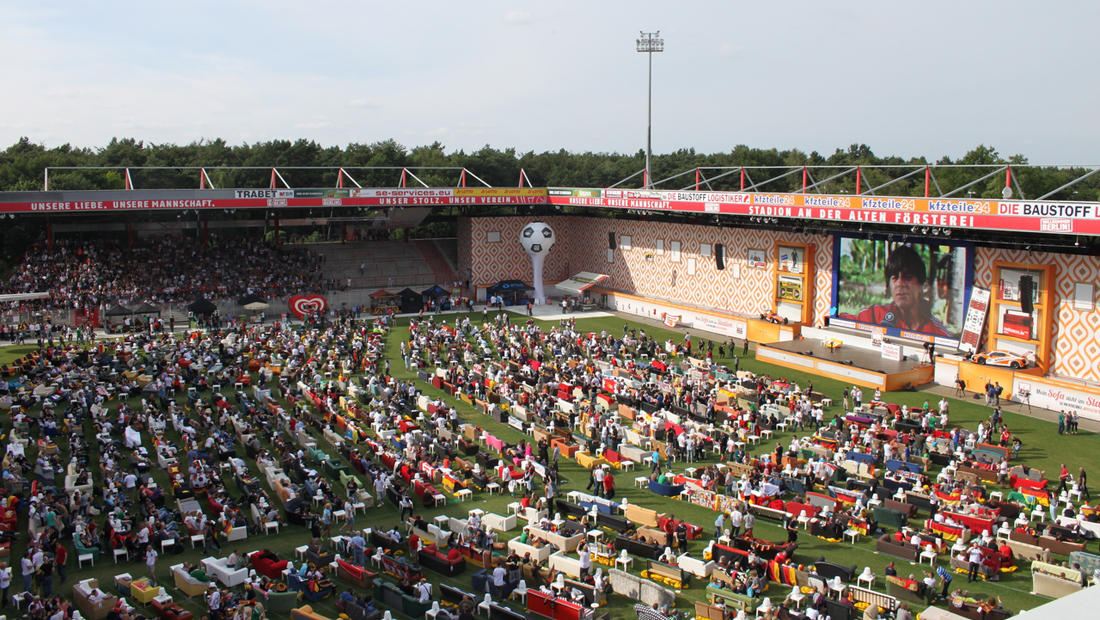 12 June – 13 July 2014 | Watching the footie together is best! After the Fan Mile and big screen viewing zone was launched at Brandenburg Gate in 2006, Berlin’s Köpenick district went one further for the 2014 World Cup. Around 3000 fans brought 863 sofas along to the “An der Alten Försterei” stadium, home to 1. FC Union Berlin, to watch screenings of World Cup matches in comfort. The photos of the “WM-Wohnzimmer" (World Cup Living Room) went around the world.