What a wonderful world!

Berlin not only has an enviable reputation as a sports metropolis! The city is also renowned for its tempting shop-till-you-drop locations, outstanding range of restaurants, bars, cafés and pubs and legendary night life. And for major events, these strengths fuse to offer a very special and emotional experience. When the 2006 World Cup in Germany drew visitors from around the globe, they found Berlin to be a fun, cosmopolitan place where the boisterous good mood was hardly dampened by the national team losing in the semi-finals. That summer, over one million people from across the world enjoyed the first “Fan Mile” at Brandenburg Gate. They met sports-minded Berliners with a relaxed take on major sporting events – after all, the city is used to hosting sports highlights, from the annual DFB German Cup Final to a football World Cup or world athletics and beach volleyball championships.

Berlin’s latest traditions also include enthusiastically welcoming successful teams in style when they return home – just as they did when the national team won the World Cup in 2014 or when the German handball team scored a remarkable win in the men’s European championship in 2016. 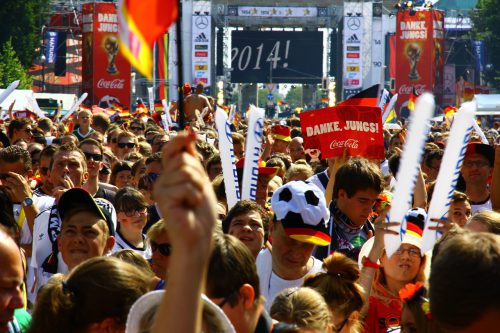 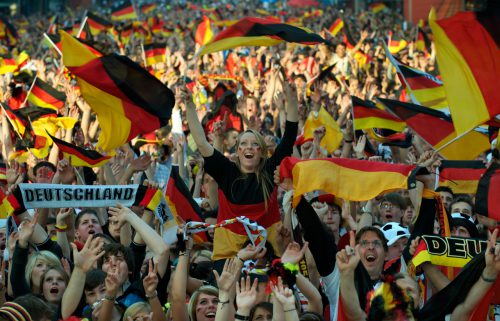