See you at the final in Berlin!

When it comes to sports, Berlin is Germany’s number one. The city has regularly hosted a glittering array of top international events, including European and world championships in a wide range of sports, as well as the 2015 UEFA Champions League final. Berlin also boasts cutting-edge sports venues, from the famous Olympiastadion (Olympic Stadium) to the renowned Mercedes-Benz Arena, from the iconic Velodrom to the popular Max-Schmeling-Halle and the one-of-a-kind An der Alten Försterei stadium. And the Berliners themselves are the heart and soul of this sports metropolis, not only warmly welcoming the many festive fan groups in their bright club colours, but also loving the thrills of different sports – and only too happy to celebrate their own sporting heroes. Anyone taking a stroll across Tempelhofer Feld park on a sunny day can see just how much Berlin residents enjoy that sporting life – with everything from traditional kick-abouts to a game of Quidditch (though minus flying broomsticks in the Muggle world!).

As a sports metropolis, Berlin is also inspired by its many top clubs. Football club Hertha BSC, fondly dubbed the “Old Lady”, belonged to the founding members of the Bundesliga. In Köpenick in Berlin’s south-east, 1. FC Union Berlin has an enviable fan base, with loyal fans cheering on the successful fight into the First Bundesliga. When it comes to ice hockey, the Eisbären Berlin can boast a total of seven German championship titles. The Alba Berlin basketball club is ranked among the leaders in both German and European basketball. In handball, the Füchse Berlin are regularly ranked among the top competitors for national and European titles. And over on the volleyball court, the Berlin Recycling Volleys impressively showed their dominance in volleyball between 2012 and 2019 by winning seven German championships in a row – and collected their fourth national DVV Cup, the national championship and the CEV European Cup in 2016.

But Berlin also has many events drawing thousands of locals out onto the streets and thrilling the fans – including the BMW Berlin-Marathon, which regularly sees over 40,000 runners at the starting line and is always good for a new world record. In cycling, the Velothon Berlin offers both a professional and high-level mass-participation cycle race – which is why the Velothon series has grown since 2008 to one of the largest cycle race of its kind in Europe. For thrills on two wheels, Berlin’s sports classics also include the popular Six Day Cycle Race, which attracts a broad audience of sports fans. The top names in track and field events can be found at the ISTAF Berlin – International Stadium Festival Berlin – in the city’s legendary Olympiastadion and at the ISTAF INDOOR in the Mercedes-Benz Arena, both enjoyed by many Berlin families, complete with children and friends. Since 1985, Berlin has also been home to the DFB Cup final, drawing football fans from all across Germany for one of the season’s absolute highlights. And at the latest since the football World Cup in 2006, all around the globe people know the meaning of those magic words – “See you at the final in Berlin!”

Berlin is the place for sport, whether you are a professional or amateur athlete. As soon as the sun comes out, the city’s parks become a buzzing hive of activity, where locals come to relax and enjoy a whole host of activities and sports, from frisbee-throwing and table tennis to rock climbing. The city also offers more exclusive sports such as polo and golf. And wherever you go, the formula is the same: fitness plus fun equals relaxation.

You’re searching for a sports club, sports facility or sports programs close-by? Then Landessportbund Berlin (LSB) is the right place for you! With its over 2000 sport clubs and around 602.000 members Berlin’s biggest non-profit organization is your address to get active in Germany’s sporting capital. 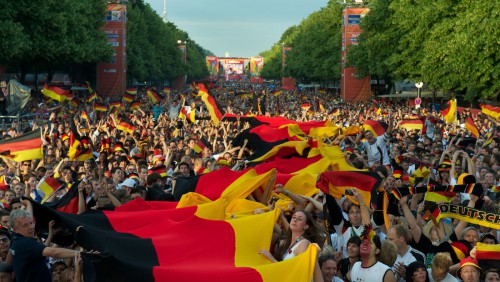 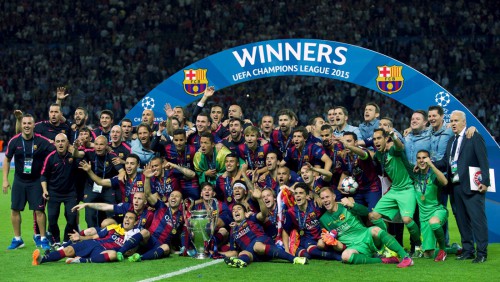 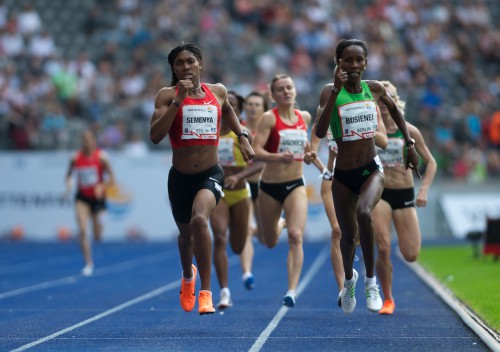 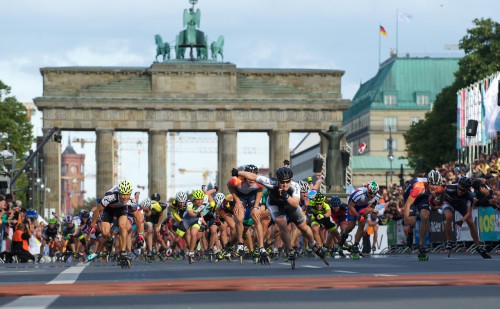 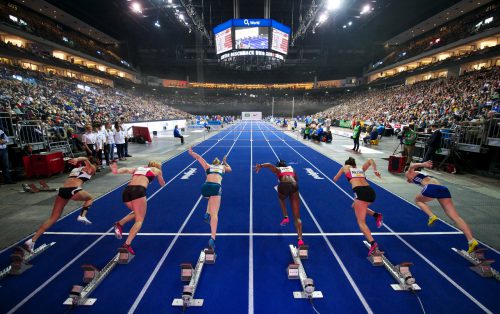