In the heart of Berlin

The city is a stadium

Human beings are renowned as evolutionary shakers and movers – but have you ever wondered just how many types of movement we have invented? For a few ideas, look no further than Berlin’s streets! There, you can find hundreds of Berliners and visitors in action – on skateboards, inline skates, racing wheelchairs and Segways. Movement fans also love to congregate on Tempelhofer Feld, the former vast airfield now a public park. Here, you can also find stunt kites or sports-mad cyclists on bizarre but functional bike creations.
The city is an open-air stage for sports.

Tiergarten park is a popular stretch of the Berlin marathon, while the annual Velothon cycle race regularly takes place along a network of Berlin’s streets. In winter, Teufelsberg hill next to Grünewald forest is popular for tobogganing, while joggers can be found in the Volkspark all year round. Yoga groups also like to meet on Berlin’s city roofs, cyclists take the scenic route along the River Havel, and canoeists are out in force on the River Spree…

But the best in Berlin are the fans! They may no longer cheer from the stands at the old Avus motor racing circuit, but they have a new thrill – in 2015, Berlin became part of the FIA Formula E Championship circuit, so now electric-powered cars race through the inner city! And when it comes to fan chants, the Berliners are in a league of their own – as you can hear only too well at any of the home games of the city’s six professional sports clubs. 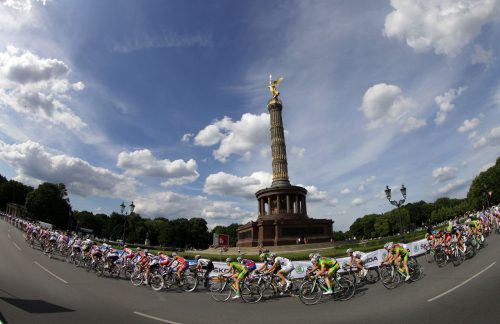 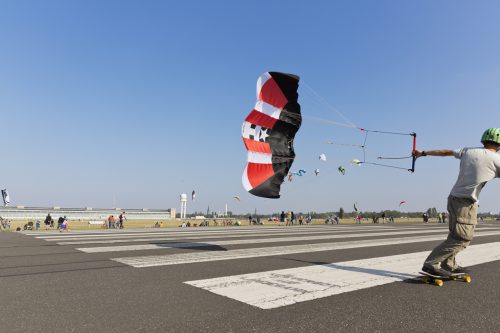 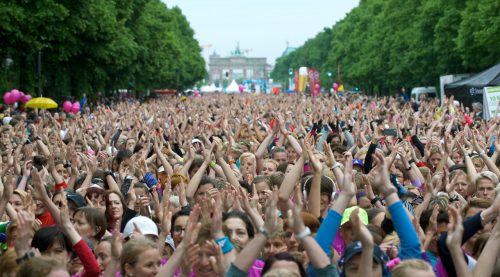