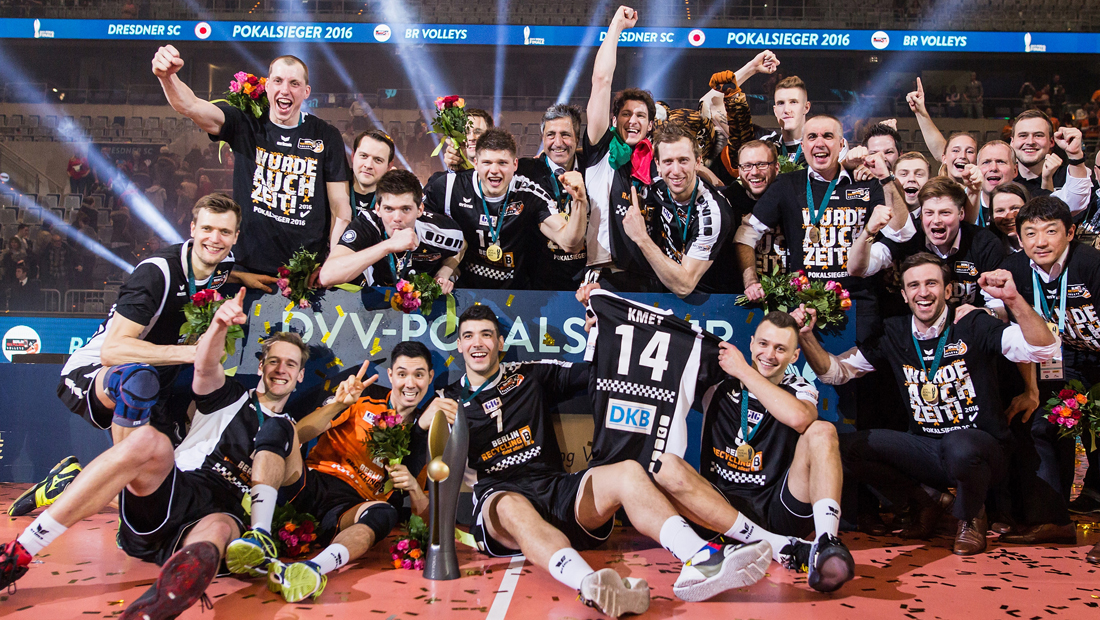 28 February 2016 | In February 2016, the Berlin Recycling Volleys succeeded in taking the DVV Cup title for the first time after their win in 2000! With a clear 3:0 victory over TV Ingersoll Bühl, the BR Volleys brought this coveted volleyball trophy back again to Berlin.