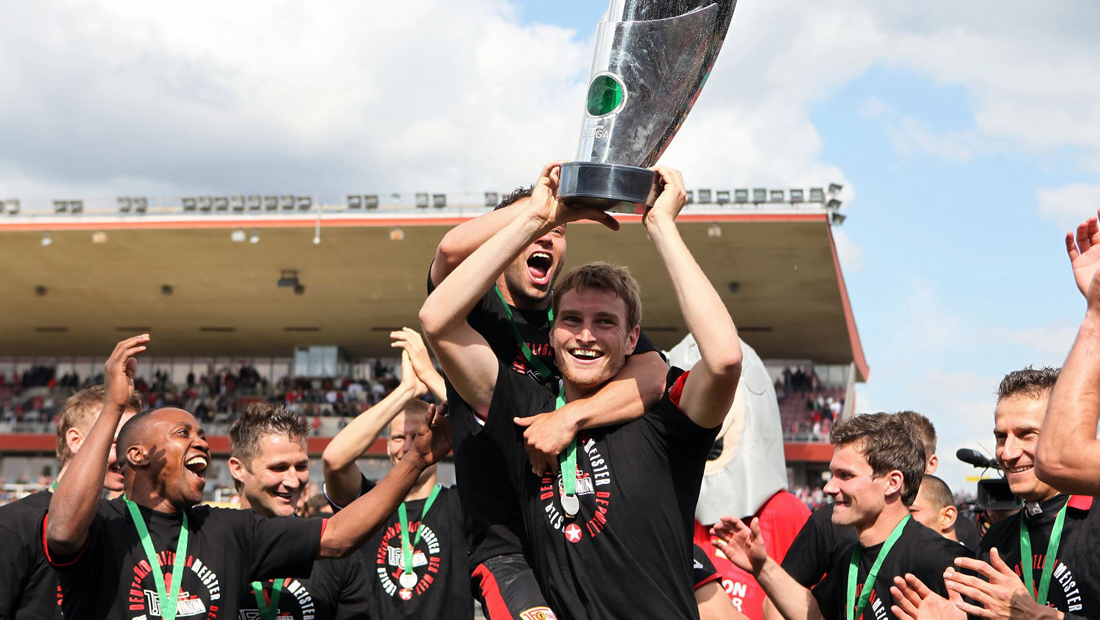 9 May 2009 | In May 2009, the 1. FC Union Berlin won the third division title with a convincing 2:0 win against SSV Jahn Regensburg. After their victory, players and the coaching team enjoyed the celebrations for their return to the 2nd Bundesliga (second division)!