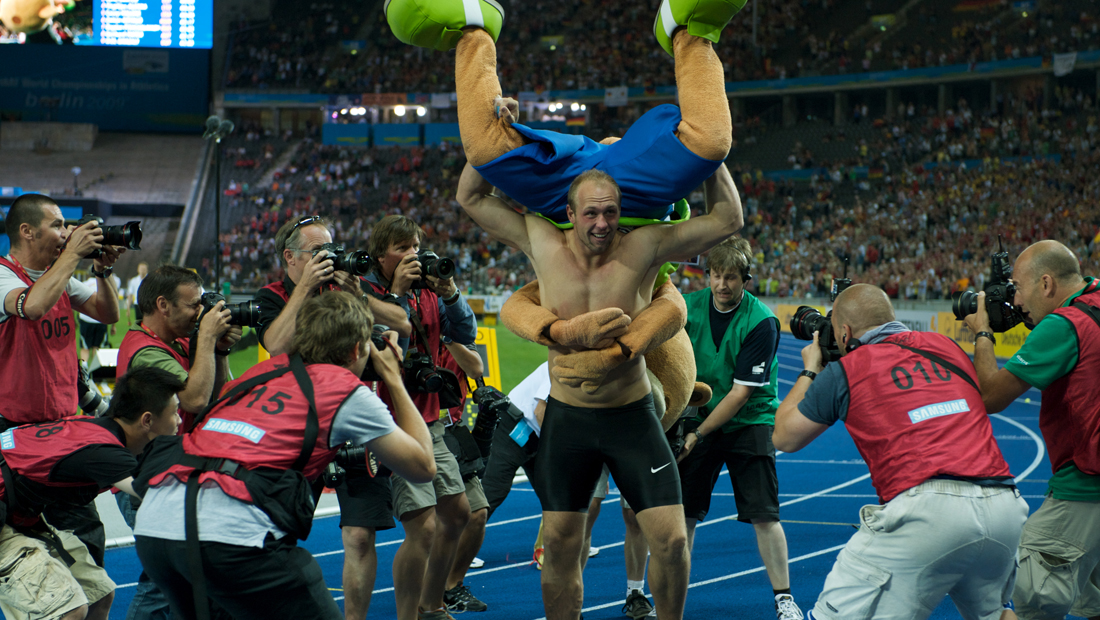 15 – 23 August 2009 | In 2009, discus legend Robert Harting’s throw of 69.43m won his first World Championship gold on his home turf of Berlin’s Olympiastadion. With his final throw in the sixth and last round of the final, he threw a personal best to beat his rival Polish athlete Piotr Malachowski.