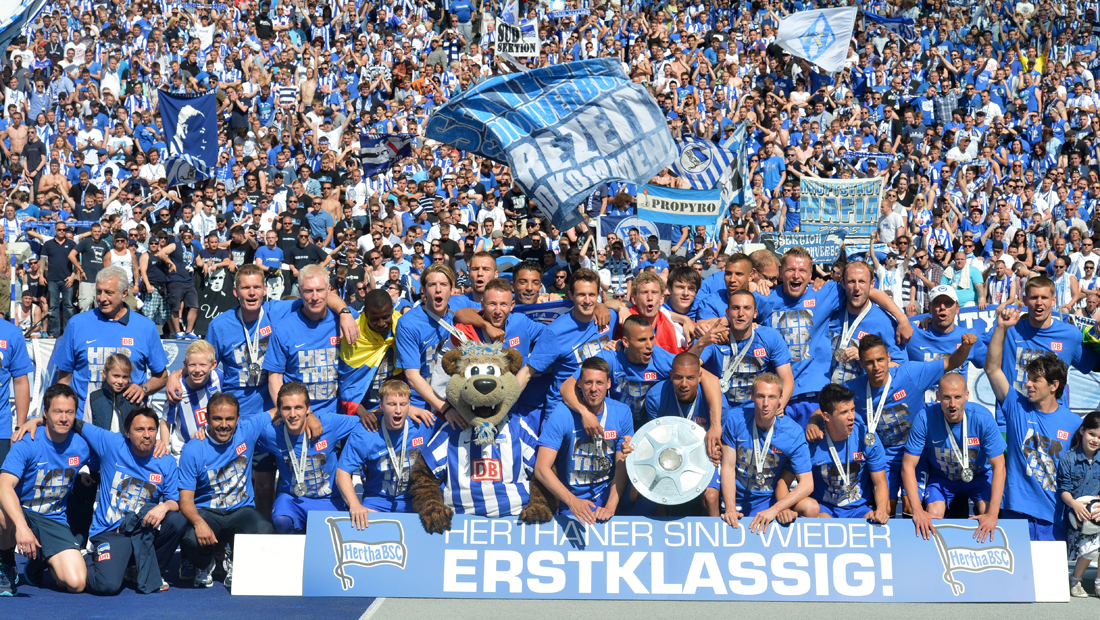 19 May 2015 | First class! After a record season, Hertha BSC won the 2nd Bundesliga (second division) title on 19 May 2015. Since then, their aim has been to establish themselves in German football’s top league – and they have! In the 2015/16 season, after twice winning the fight against relegation, the team has secured a place in the top half of the table.