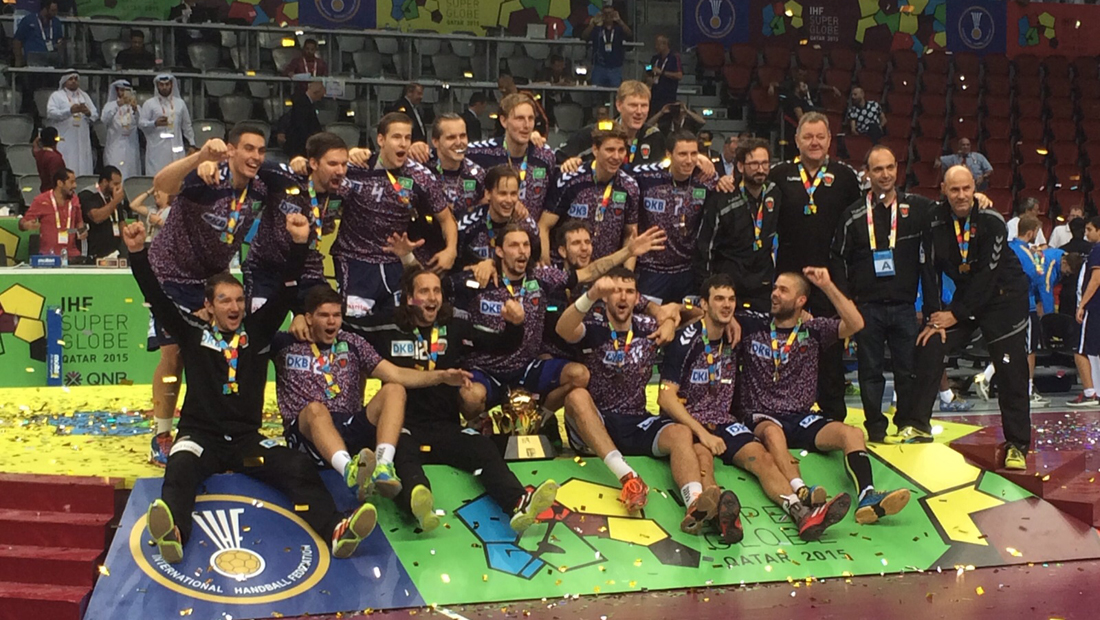 10 September 2015 | Shortly after a new start with a new coach and many new players, the Füchse Berlin handball team won the IHF Super Globe in Doha. In this tournament of the world’s best teams, they beat Veszprem and Barcelona, the 2014/15 Champions League finalists, to win their third title in just 18 months.