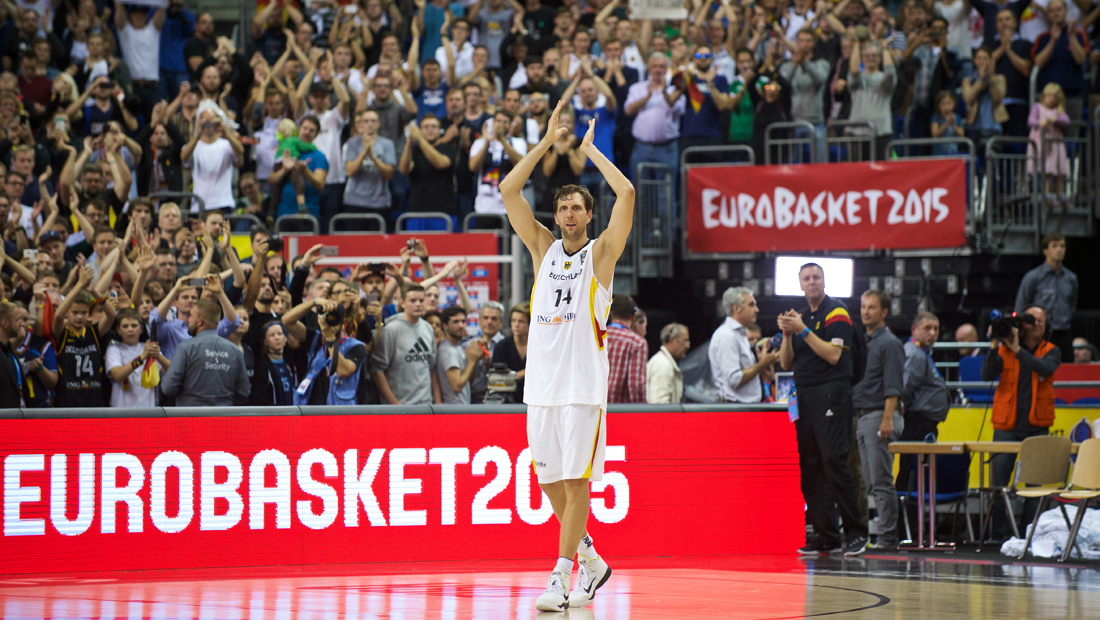 EuroBasket / Preliminary round in the European Basketball Championship 2015

5 –10 September 2015|In Berlin, the German basketball team was looking to enter the final phase and, at the same time, qualify for the Rio 2016 Olympics. Drawn in a particularly strong group, the national team with NBA superstars Dirk Nowitzki and Dennis Schröder just missed advancing to the final stage. Dirk Nowitzki ended his national team career in Berlin, and was given an emotional send-off by the fans.