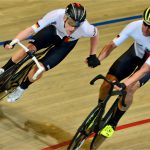 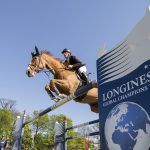 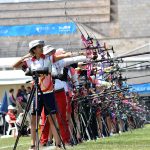 The Berlin-Brandenburg region is a center of the German archery. Thousands athletes are organized here in more than 150 clubs. Most of Germany's top archers, among others Lisa Unruh, Elena Richter, Karina Winter, Eric Skoeries, were Berlin based. 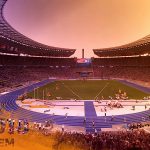 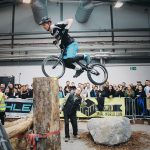 In October, the world's best Trials riders will compete for the title of UCI Trials World Cup Winner 2018 - for the first time in Berlin in the hangar 5 at Tempelhof Airport. Spectacular and full of action:  over boulders, logs and concrete pipes by bike without putting down a foot - this requires skills, courage, strength and concentration. It is no surprise that Trial is called the supreme discipline of cycling. More information ... 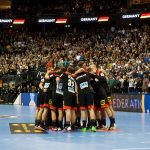 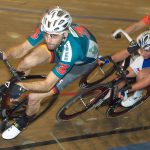 When it is cold in winter and people would prefer not to be outside, the Berlin Six-Day Race attracts fans to the indoor cycling track to watch exciting professional sports in a relaxed atmosphere. Various cycling races have always been part of the Six Day Race, including motor-paced races, Derny racing, and sprinting. More Infos ... 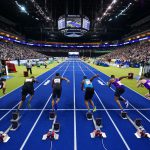 The ISTAF INDOOR is the world’s largest indoor track and field meeting. With its mix of top athletes, show and music, ISTAF INDOOR has raised the bar for indoor competitions, thrilling audiences and visitors alike – and guaranteeing fans a glittering array of track and field events! More Infos ... 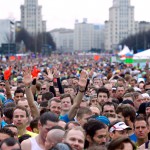 Season opener for all marathon fans

Berlin’s half marathon is one of the city’s classic runs, attracting many international participants. Professionals run with amateurs, and large enthusiastic crowds along the route cheer them all to the finishing line. More Infos... 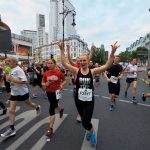 The S 25 Berlin will be held for the 39th time starting from the Olympic Stadium.
This sporting event was founded by the Frenchman Major Bride with the former title of "25 km de Berlin".
"Berlin läuft!" has been organising the running event since 2008. In addition to the 25-kilometre course, there is now a children's race and other endurance races such as the marathon. 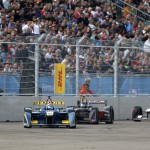 The FIA Formula E Championship is the world’s first all-electric motor racing series. On May 25, the Formula E racing cars, which reach speeds of around 230 km/h but are as quiet as a normal car, meet for the E Berlin ePrix on the former airport Berlin-Tempelhof. More Infos... 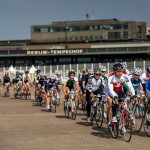 The Berlin Velothon, Europe’s second largest cycling race for all-comers, attracts up to 15,000 amateur and professional cyclists racing on the same course. Berlin’s 60 km route resembles a sightseeing tour past many of the city’s famous landmarks, while the Velothon 120 km takes riders through parts of the neighbouring Brandenburg region. More Infos...

After 2013, the equestrian sports park Karlshorst will once again host the World Championship for the best Icelandic horses this year.
200 horse/rider combinations from 18 countries will compete in nine disciplines.
The horse show "More Horsepower" on 10 August is very popular. More Infos ... 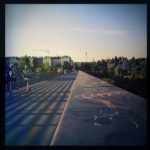 160,9 km along the former border an in rememberance of the victims of the Berlin wall. Ether individually or as a relay team. More infos... 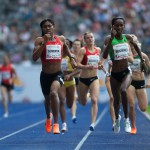 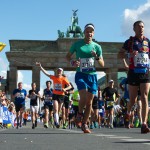 The marathon spirit in Berlin

Every year, around 60,000 runners, hand cyclists and inline skaters from 120 countries eagerly await the starting gun at the BMW Berlin Marathon. The 42.195 km route takes them through the city past many famous sights – and with the popular Bambini run and the mini-MARATHON, even young runners can take part! More Infos...