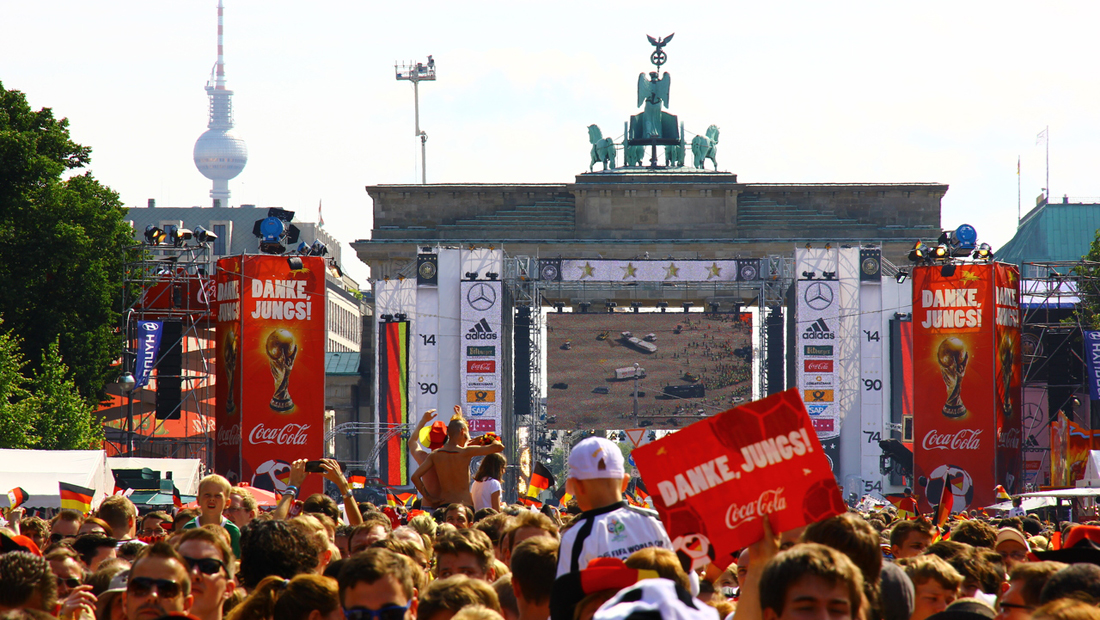 15 July 2014 | The enthusiasm in Berlin knew no bounds! The German World Cup squad was given a hero’s welcome at Tegel airport and on their way through the city in an open-top truck to the Brandenburg Gate’s Fan Mile. There, the team was met by tens of thousands of ecstatic fans to celebrate the country’s fourth World Cup title – and the fourth star added to Germany’s national team jersey!