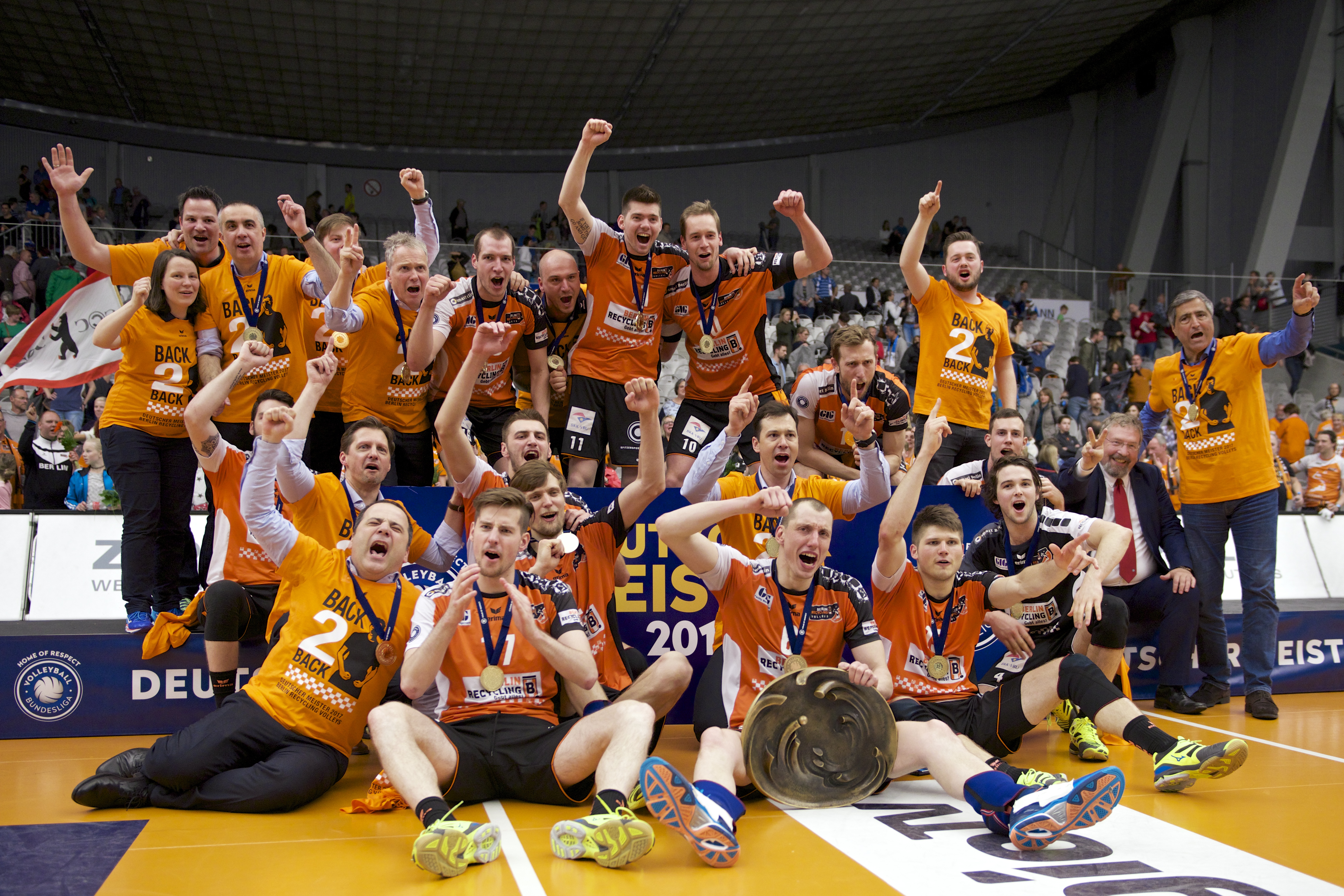 7 May 2017 | Title successfully defended: BR Volleys won the crucial third play-off finale against VfB Friedrichshafen and won the German championships for the second season in a row. The team thus topped off its 2016-17 season winning its eighth national title in its history and playing in the DVV Cup Finale and the Final Four of the Champions League.