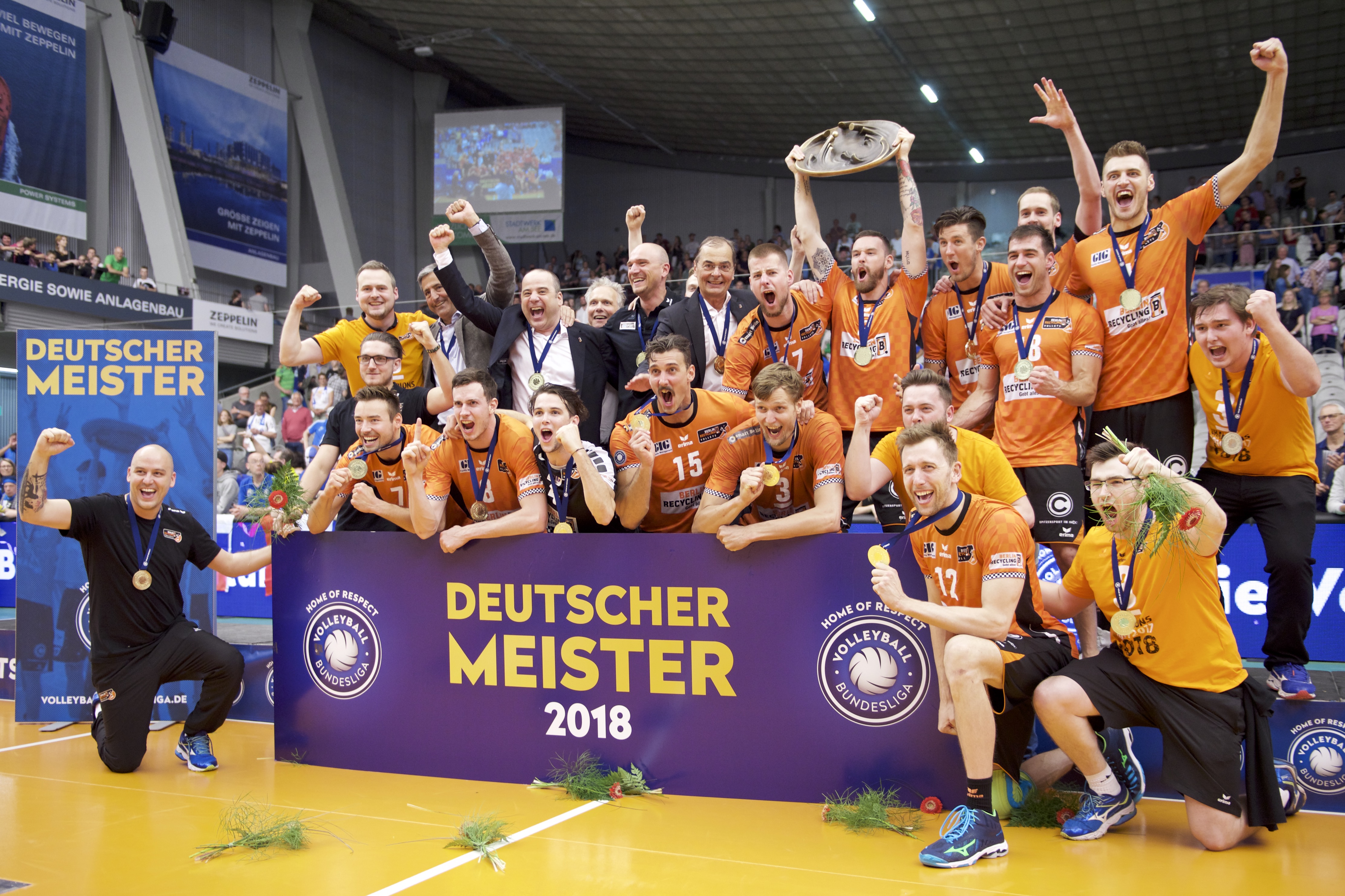 9 May 2018 | For the third time in a row, the BR Volleys win the German Championship.
The exciting play-off final against VfB Friedrichshafen ended with a clear 3-0 for the Berliners. After this season, coach Moculescu is now retiring after celebrating his comeback in Berlin for a few months. Altogether it is already the ninth championship title for the BR Volleys!